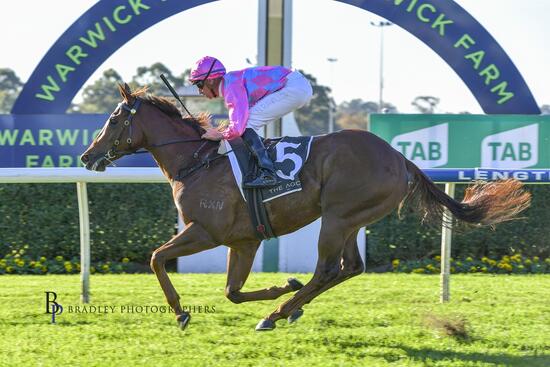 Nikohli Beagle, who completed a hat trick of wins last campaign for the Austin stable, showed that his zest for racing has not waned after a break.

Starting at the tight odds of $2.60 at his home track of Warwick Farm on 2 June, Nikohli Beagle, under the guidance of Nash Rawiller, settled in third place, the gelding hooking out after the turn to unleash a strong sprint to sweep past his rivals and go away to a 1.7 length win over the 1000 metre trip.

A very promising start to his campaign!